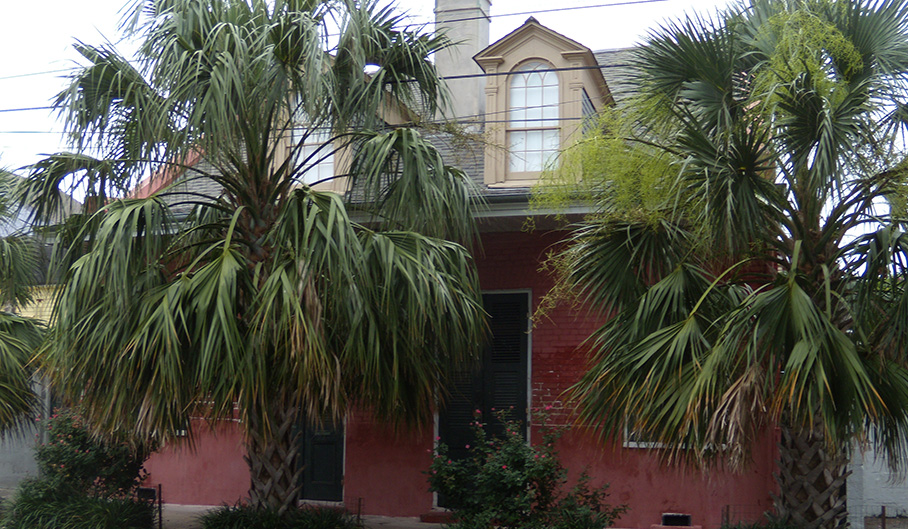 The Pierre Coulon Guest House, located near the intersection of Spain and Royal Streets, allows travelers to experience a bit of real New Orleans history. It is located in the Faubourg Marigny, one of New Orleans’ oldest neighborhoods, located a few short blocks from the French Quarter. The American Planning Association designated the Faubourg Marigny as one of the 10 Great Neighborhoods for 2009 by APA’s Great Places in America program.

The house is a classic example of New Orleans Creole Architecture from the early 19th century.  It is located just 7 blocks downriver from the historic French Quarter,  just 4 blocks from the vibrant Frenchmen Street entertainment district, and only 3 blocks from the St. Claude Avenue art galleries and music clubs. 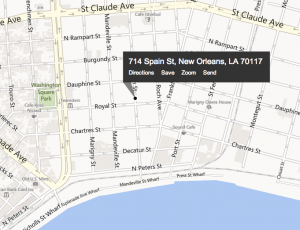 Click HERE for a map showing the guest house location. Numerous cafes, small groceries, restaurants, jazz clubs and bars are located nearby, within a short walk in all directions. Ideal for short- or long-term visits: The Guest House provides comfortable and convenient accommodations for visitors interested in several days of sightseeing, or for extended vacations. It is also the perfect “temporary home” for the business or conference traveler. The New Orleans Convention Center, major downtown hotels, and the Central Business District are a 10-minute bus or taxi ride away.

Brief History of the Property:

The Guest House operates in the dependency of a masonry Creole cottage complex. It was 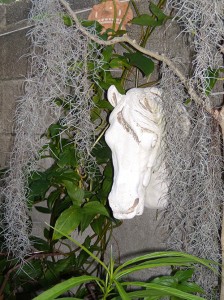 built for a Frenchman named Pierre Coulon in 1831 by two of his sons, Victor and Alexandre. Pierre had emigrated from Marseilles, France in the 1780s to Grand Isle, Louisiana where he married Therese Rigaud, whose father, also a French immigrant, had a Spanish land grant. According to genealogical information from Coulon family descendants, Pierre  operated a ranch on Grand Isle.  Pierre bought this property on Spain St. in the Faubourg Marigny in 1830, and after the house  was built in 1831, he lived there until his death in 1836. His family sold the property several years later, but his descendants continued to live in the neighborhood for many years, and many of them still live in the New Orleans area and beyond. The house changed owners many times over the years, and although a number of changes were made to the building over the years, it has remained basically intact. The present owners purchased it in 1999 and are still in the process of completing the restoration work.

Click the following link for a brief history of the Faubourg Marigny Neighborhood: https://prcno.org/wp-content/uploads/2017/07/BW_1.pdf